Where is the God of Elijah? | Voice of Prophecy

Where is the God of Elijah?

For several years, Elisha had faithfully served Elijah. Now, Elijah had been taken away by a chariot of fire leaving Elisha as the new prophet of Israel. Prior to his departure, Elijah inquired if he could do anything for his servant. Elisha responded that he would like a double portion of Elijah's spirit—a request that would only be granted if Elisha saw Elijah being taken away. Scripture records that, indeed, Elisha was allowed to see Elijah's departure, indicating that God granted his request. Elijah's mantle that had fallen from him; Elisha now took for himself. Approaching the Jordan, he did that which he saw his master previously do. Rolling up the mantle, he struck the water and it parted as it had for Elijah.

Many lessons can be learned from this story—great life lessons such as humility in service, asking the Lord for the impossible, and true discipleship. One day I may write about those here. Today, however, I'd like to consider Elisha's words as he prepared to strike the water: "Where is the Lord God of Elijah?"

Have you ever wondered where God was? Have you ever found yourself asking, "Where are you God?" I have to admit, in the past, when things have not worked out the way I'd planned or envisioned, I have questioned God:

"Lord, I thought You would never leave me nor forsake me."
"Lord, why is this happening to me? Where are You?"
"Lord, You said You would make a way of escape, but look at me now—where are You?"
"Are You even real?"
"Do You really care?"

I've posed these and many other questions to God over the years. He's always been so gracious by bringing me the peace that I need to get through each difficult situation. But how much pain I must cause Him when I question His promises and motives!

As I think about my woes and lack of faith as compared to Elisha, I realize a distinct difference. Notice the verses building up to verse 14. "And Elisha saw it, and he cried out, 'My father, my father, the chariot of Israel and its horsemen!' So he saw him no more. And he took hold of his own clothes and tore them into two pieces. He also took up the mantle of Elijah that had fallen from him, and went back and stood by the bank of the Jordan. Then he took the mantle of Elijah that had fallen from him, and struck the water, and said, 'Where is the Lord God of Elijah?' And when he also had struck the water, it was divided this way and that; and Elisha crossed over." (2 Kings 2:12-14)

Typically, when I have questioned the Lord, it has been an act of faithlessness. I'm usually on my back looking up. I've gotten myself in a mess or some type of catastrophe has befallen me and I get upset at God. Like Adam and Eve in the garden, I'm quick to point fingers, and many times, those fingers are pointed straight at God—as if He were the cause of all my troubles. In contrast, Elisha's question is an act of faith. Consider his willingness to ask for something seemingly impossible. Observe his excitement over being able to see the horsemen. Then, notice how he rolls the mantle and asks the question as he is striking the water. If it had been me, I probably would have timidly approached the water. And if I dared muster enough nerve to strike the water, my expectation of it parting would have been quite low. Then, after failing due to my lack of faith, I would have asked the question, "Where is the Lord God of Elijah?"

But not so with Elisha. He rolls the mantle and asks the question as he's striking the water. Elisha seems fully confident that the waters will part. And when they do, he does not hesitate, but walks across on dry land. Elisha's question is not a question at all but an exclamation of faith. 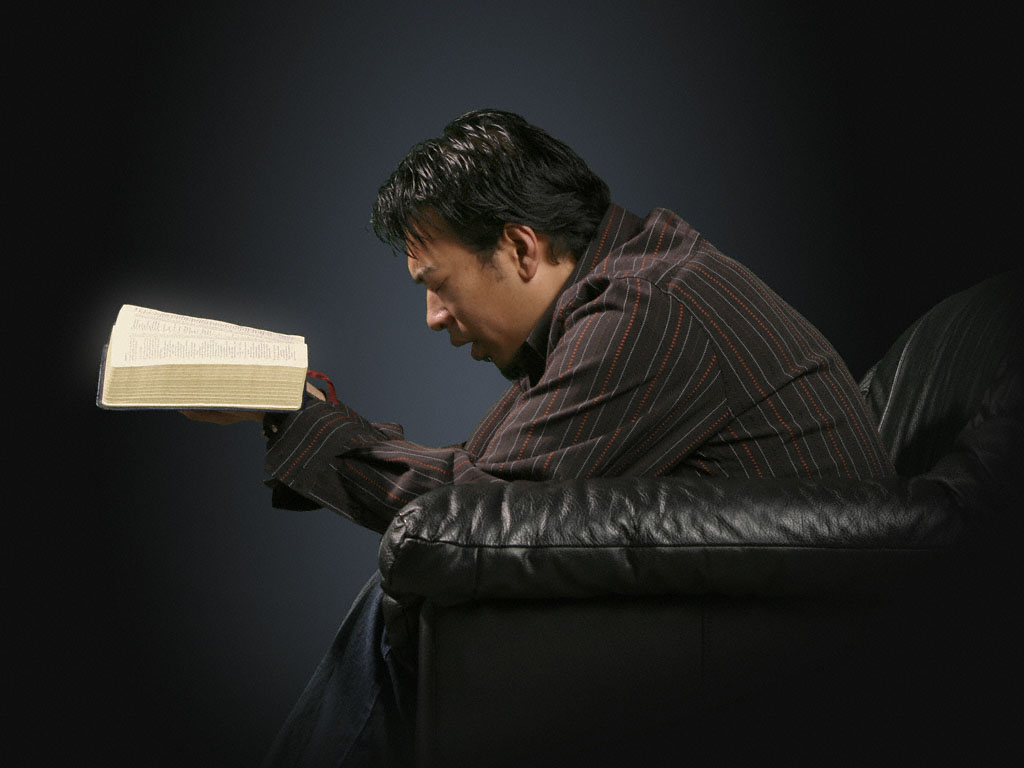 Oh, that I would exercise that type of faith—a faith that questions less and proclaims the power of God more. Well, there's only one way to accomplish this. Romans 10:17 says, "So then faith comes by hearing, and hearing by the word of God." If I'm going to be like Elisha, I must spend more time in the Word of God.

How is it with you? Are you struggling with trusting the Lord? Do you find yourself questioning Him—His goodness and promises? If so, I commend to you the Holy Bible. It's through the pages of Scripture that God grows our faith and changes our lives. I encourage you to pick up the Bible and spend time with Jesus. I promise, you will not be sorry!