Too Much Information | Voice of Prophecy 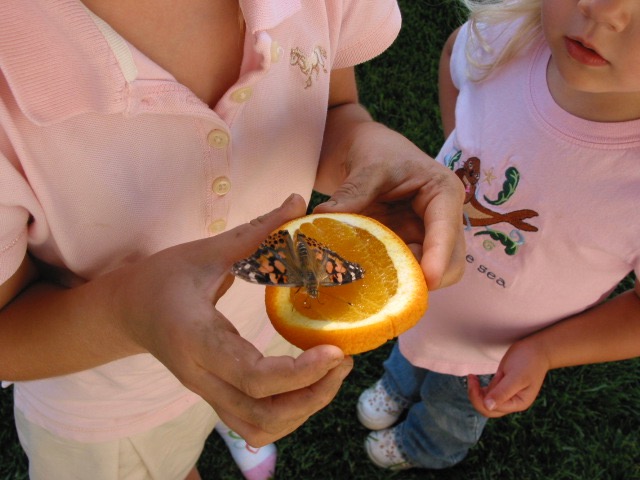 "No, I know too much." Have you ever answered a question this way? Knowledge can be empowering, but sometimes it backfires.

When our daughter turned six, we bought her a butterfly garden for her birthday. The kit came with a pop-up habitat, a poster showing the life cycle of the butterfly, and a coupon to send away to receive five real, live caterpillars. Naomi loved the present! She hung up the poster next to her bed and we sent away for her caterpillars.

The caterpillars arrived and were a great source of entertainment, even if they did seem a little icky to me. They arrived in a plastic cup full of sticky brown "food," which they crawled around in. All of them eventually made their way to the piece of mesh cloth at the top of the cup, hung upside down and then disappeared inside silky, translucent cocoons. Naomi was fascinated.

Naomi carefully took the cloth with the cocoons out of the cup and pinned it to the top of the mesh tent-like habitat. Then the waiting began. We took that thing everywhere with us for a few weeks—to hotel rooms, evangelistic meetings, you name it—the tent went with us. A daily stream of children from around the neighborhood poured into our family room to check on the hibernators. Eager little eyes watched for the butterflies to emerge.

Their persistence paid off when one day a cocoon broke open and revealed its hidden treasure. The gathered crowd delighted at the sight of the monarch's orange wings and black patterning. In excited tones they studied this new creature and guessed at how soon the others would emerge. After the house quieted, I watched Naomi. She leaned in close to the mesh fabric of the habitat and then walked away without a smile.

Over the next few days, we had three more healthy monarch butterflies, and a fifth that emerged with just one mobile wing. With each new addition to the butterfly family, the neighborhood kids were more excited.

The big release day arrived and our backyard flooded with kids eager to hold a slice of orange in their open palms in the hopes that the recently liberated monarchs would choose to land there. With great ceremony, we unzipped the habitat and waited. It took a few minutes, but the four healthy butterflies soon realized their freedom and moved effortlessly through the warm afternoon air.

In all of this, Naomi was a reluctant participant. She wanted to be the one to help the fifth butterfly with the broken wing. She carried him out on an orange slice, and I even managed to snap a photo. She had empathy for this little one, but didn't want any of the other monarchs anywhere near her. I thought at the time that maybe she was too young to understand what was happening, or too overwhelmed by the enthusiasm of the older kids. She winced as the butterflies fluttered around her and was happy when the entire ordeal was over.

Last summer, we were walking through a museum and the wall right over the staircase had a mural with a big monarch butterfly painted on it. Naomi shuddered as we passed it, raced up the stairs and quickly turned the corner into the next exhibit. When I asked her what was going on, she replied that she was terrified of butterflies! I was surprised, and reminded her of her monarch butterfly family. "I know," she answered. "That's why I'm terrified of them. I know too much."

Apparently her reticence on release day was not because she was too young or overwhelmed, but instead because she was very observant. She'd watched these beings grow and then emerge. The more she knew, the less she liked the beady eyes, the sudden movements and the transformation her caterpillars had made.

I've known a few people who meet that description, too—the more I get to know them the less I enjoy being around them. Thankfully, there is One who has never had that impact on me. The more time I spend with Jesus, the more beautiful He seems. I delight in the One who created the beautiful monarch butterflies and the observant children, independent enough to form their own opinions. Perhaps I owe her a redo on that sixth birthday present.