In Search of a Miracle | Voice of Prophecy

In Search of a Miracle

It’s 7 a.m. and I’m on an early flight to visit a friend who is dying of cancer. The doctors have done what they could, and now they are simply keeping her comfortable. Many prayers have gone up on her behalf, but God has not yet chosen to bring about physical healing.

I was asked a couple of weeks ago if I would be available to perform her funeral. "If my schedule permits, I’m most willing," I responded. Nevertheless, I cringe at the thought. It is true; I want to be there. I just wish things were different. I wish my visit was for a happy occasion. Maybe a wedding or a child dedication. But death—why does it have to be this way?

I’m certainly not the only one who has felt this way. In fact, the question of why has likely passed through the minds of every human being since the fall of Adam and Eve in the Garden of Eden.

I can only imagine what the pair thought when they saw the first flower wither or the first animal die. And how much anguish of heart they went through when, in Genesis 4, their son Cain murdered his brother Abel. "Why? Why must it be this way?" must have been their cry.

That cry has continued throughout the history of mankind and will do so until this world is all over. Whether we like it or not, the reality is death stares each one of us in the face. As soon as we are born, we march to a steady beat on our way to the grave. There’s nothing we can do about it, for God said in Genesis 3:19, “For dust you are, and to dust you shall return.”

Notwithstanding, the good news is that the Lord has not left us without hope. In fact, in the same chapter, He revealed the way of escape. Interestingly enough, God, in His infinite mercy, shared the good news of his rescue plan before He gave the pair the bad news of their upcoming death. It’s in verse 15 that He said, “He shall bruise your head, and you shall bruise His heel,” indicating that one day, God’s own Son would hang on the cross, providing a way for humanity to be restored.

What a wonderful God we serve. It is clear to me that He is a God of life and restoration. But why does He not physically restore my friend, you might ask. I don’t know. Unfortunately, or maybe fortunately, God has not given me the ability to see the future. I don’t know what God knows. I can’t see what God sees. What I do know from Genesis 3, is that His desire to restore us is greater than the pain and agony we have to endure on earth. 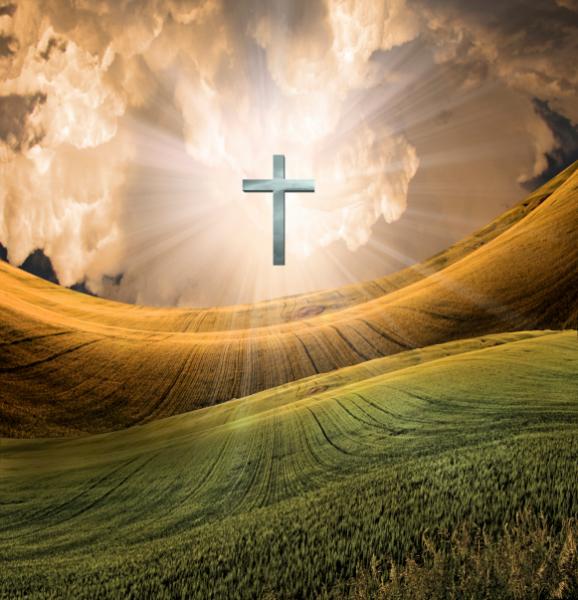 I also know this. There is a real war between the forces of good and evil that began in the sanctuary of heaven before this world was created. There, in God’s own throne room, Lucifer rebelled against the Lord. Lucifer, now known as Satan, desired the throne. According to Isaiah 14 and Ezekiel 28, he wanted to be God. Revelation 12 records that there was war in heaven resulting in the expulsion of Satan and his evil angels. That battle, Satan brought to this earth. After causing Adam and Eve to sin, he continued the fight by attacking all of God’s creation, including every human being that has ever lived on this wretched, sin-sick planet. At the cross, Satan was defeated. Yet, he continues his attack because he hates God. Satan knows that God loves us with an everlasting love. He knows that God’s greatest desire is to save the human race and to bring us to paradise. He also knows that the greatest pain he can inflict on God is through causing humans to reject the provisions of salvation. So, his plan is simple—destroy each human life and, while doing so, cause them to turn against Christ.

Ultimately, this is what is happening with my friend. Satan is responsible for her disease and he hopes she will curse God and die. But it’s not working. In fact, I’m told that she has grown closer to the Lord. She’s been diligently studying and praying and has entrusted her life to Jesus. Will the Lord work a miracle on her behalf? I don’t know. I do know this, however. If she is to pass away, Jesus will be at her side comforting her with the promise that she will sleep only for a short time. For soon, Jesus will return and “. . . the Lord Himself will descend from heaven with a shout, with the voice of an archangel, and with the trumpet of God. And the dead in Christ will rise first.” (1 Thessalonians 4:16)