Rocks Are Hard! | Voice of Prophecy 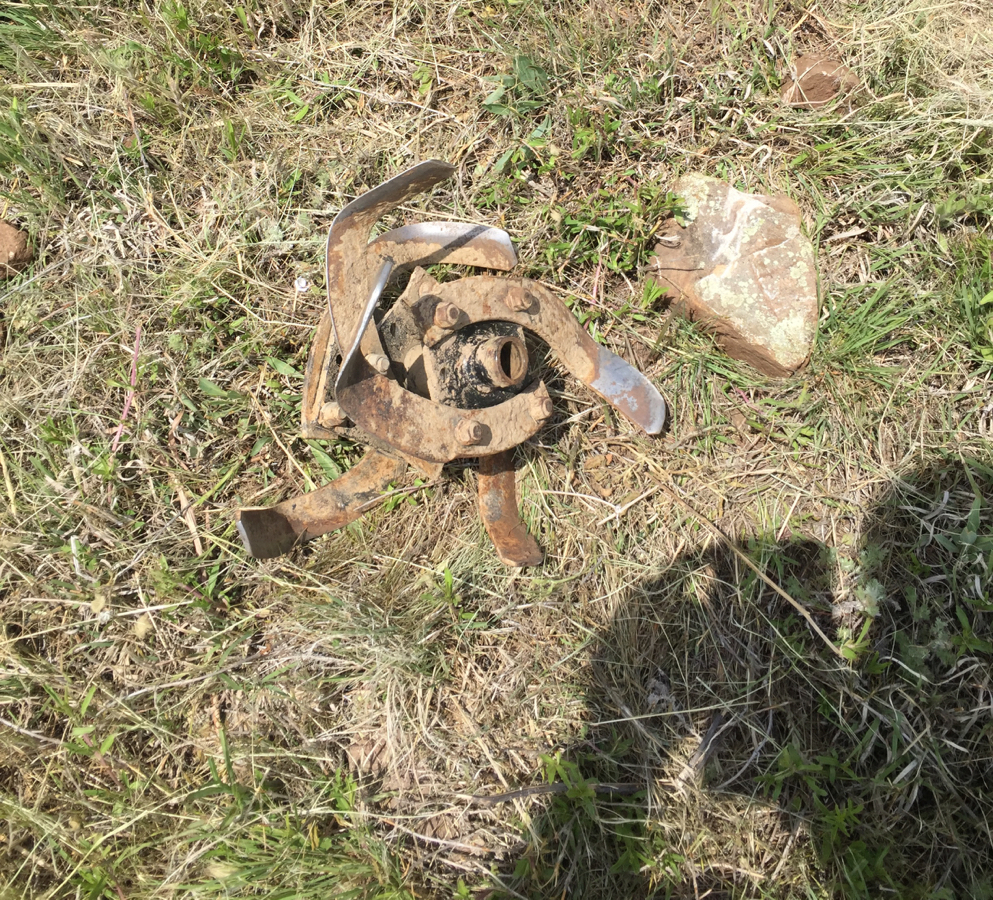 A couple of days ago, one of my wife's coworkers gave us about 60 raspberry starters. I decided to plant them behind my house close to an outside hydrant for ease of watering.

There were better locations on our property as far as soil goes, but this one was so convenient that I was determined to make it work. A quick survey of the landscape revealed that it was a bit rocky. Initially, I planned to fire up my tiller, but then came up with what I thought was a better plan. If I turned the soil with a plow, then I could see the rocks better, toss them out of the way, then run the tiller. Sounds like a brilliant idea, right? Well, obviously, I've never had to work with rocky soil.

I fired up the old tractor and pulled the plow up the hill to my chosen spot. Soon after, my tractor was bucking and bouncing all over the place as my plow hit rock after rock. By the way, here’s a lesson in plowing: If plowing in rocky soil, remove the colters—they won't cut through the rocks. Since I was pulling a three-bottom plow, I only needed to make one pass—thank goodness!

With that out of the way, I was ready for step two of my great plan. I began walking the patch, throwing out all the large rocks I could find. This took a lot longer than expected. I learned another lesson. In a moment of sheer brilliance, I picked up a clump of dirt to check for rocks and grabbed a cactus. Yikes! Note to self: you're not in Indiana anymore.

I finally finished that task and was ready to bring in the tiller. I remember thinking that my plan was genius. Except for my aching hand, things were progressing quite nicely. But this feeling was not to last. Soon, I found that my tractor ride was a cakewalk compared to the bouncing walk-behind tiller. I could not believe there were still so many rocks. Every time I hit one, I wondered how much more the tiller could take. And then it happened. With a loud thud, it died. If that wasn't bad enough, I physically saw the protective guard that surrounds the tiller tines twist. Upon inspection, I found a large rock had jammed in the tines and the metal casing had been forced into the path of the tines, which had cut into the metal about four inches. What a mess. 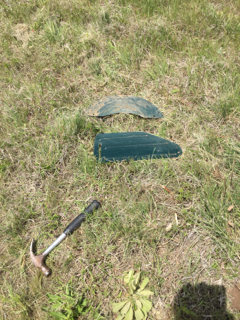 After some time, I managed to somewhat twist the metal back then removed the sides and left only the top and rear guards. I fired her up and was pleasantly surprised that she still worked. I was now more determined than ever. These Colorado rocks were not going to win. I attacked the patch with a fury of a madman on a mission, but to no avail. Soon after, I hit another rock shearing the pin that holds the left side tines in place. I was dejected as I witnessed the tines fall off. After regaining my composure, I replaced the tines and put a bolt that I had found in the garage into the shear pin location. I started my journey and once again, and the rocks rejected my efforts, but not before I completed a second pass. I pulled the tiller out of the patch and surveyed the damage. There were tools everywhere, metal sides scattered on the ground, a cockeyed frame on my tiller and a set of tines laying next to it. It looked like we had fought a war. But victory was mine. I had hoped to make a couple more passes, but this would have to do.

This incident reminds me of the parable that Jesus told in Matthew 13:3-8:

And he spake many things unto them in parables, saying, Behold, a sower went forth to sow; and when he sowed, some seeds fell by the way side, and the fowls came and devoured them up: some fell upon stony places, where they had not much earth: and forthwith they sprung up, because they had no deepness of earth: and when the sun was up, they were scorched; and because they had no root, they withered away. And some fell among thorns; and the thorns sprung up, and choked them: but other fell into good ground, and brought forth fruit, some an hundredfold, some sixtyfold, some thirtyfold.

How many times do we try to bring the gospel to those who are not ready to hear? And the result? They behave like the rocks that I fought in my raspberry patch. They object and resist our efforts every step of the way—at times, even breaking us. All of this because we sow in gardens that are not conditioned. Notice that in the parable, the only seeds that grew were those that were planted in good soil.

The Holy Spirit is working on hearts and prepares the soil before we get there. It is not our task to turn the ground, pull the rocks and till the soil. He's got that. It's simply our job to find the soil that He has already prepared and work with the seed there. How much more success would we have if we asked the Lord to send us where He is already working? Some might say, "But pastor, no one wants to hear the message. We've tried everything and only run into resistance and disappointment." If you feel this way, maybe you've been planting in the wrong field. Remember, Jesus said that the harvest was great (Luke 10:2). Try asking Him to point you to where those fields are and you're guaranteed a harvest.