A few weeks ago, I read online about officers in Tennessee who were grieving the loss of a TBI (Tennessee Bureau of Investigation) agent. I'm frustrated anytime I hear of another needless, senseless death in our country. But this one was especially troubling; this news update hit too close to home.

As I continued scouring the internet for more information, I learned the special agent was a narcotics officer who was killed during an undercover drug deal gone bad. Instantly, a flood of emotions and memories of when I was a narcotics agent for the TBI rushed through my mind. How many times had I lived through similar scenarios? I vividly recalled a couple such incidents where, if not by the mercies of God, the news headlines would have been about my tragic death.

In the weeks following, I've read many posts from former law enforcement partners expressing their grief, yet vowing to continue steadfastly protecting those who seem to have forgotten them. In just a mere 10 years, this nation's regard for its men and women in blue has drastically changed. I remember a time where it was easy for us to hold our heads up high—we were peace officers. Most people appreciated our devotion and sacrifice. How times have changed. The constant bad press has framed a perceived environment were law enforcement officers are viewed as vicious animals and "if some of them are killed, so be it—they deserve it!" 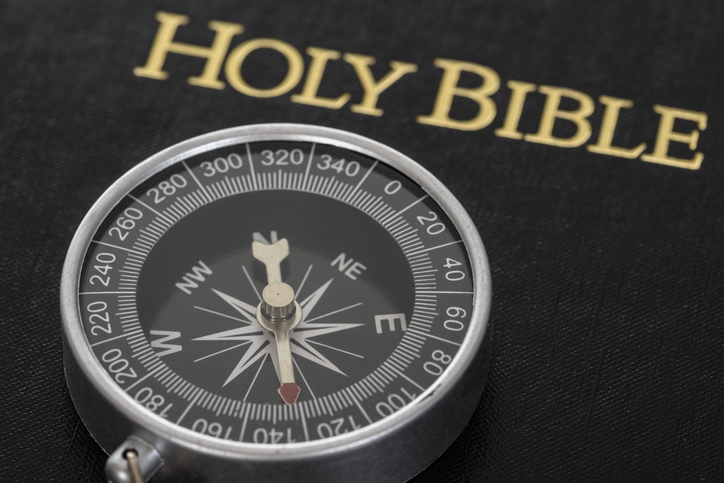 How we forget that police officers are humans, too. We forget that they are our fathers, mothers, brothers, sisters, cousins and friends. And most importantly, we forget that the reason they are out there is because we live in a hostile, sin-ridden world that is on an accelerated collision course with its final destruction.

We forget that the problem in this nation is not police officers but the countless criminals whose morality is shaped by Hollywood, media and their own selfish desires for power. Greed is the God of this world and unholy ambition and lust drives the passions of many of its inhabitants. We forget that if we were to decommission all of our officers and departments, anarchy would rule, for Genesis 6:5 states that ". . . the wickedness of man was great in the earth, and that every imagination of the thoughts of his heart was only evil continually."

This week the headlines have buzzed with Colin Kaepernick's decision not to stand for the national anthem in protest to our nations treatment of minorities. It seems that part of what fueled his decision was the shooting of a black man by white police officers. Well, as many have already mentioned, this is a free country and he is exercising his free choice. But I have to ask, where are Kaepernick’s tweets and posts on the killing of Special Agent De'Greaun Frazier who, by the way, was a black American? Maybe brother Colin is outraged at that as well and I just haven't read his comments.

Don't get me wrong. I'm sensitive to and denounce and decry all senseless loss of life. If I were still in law enforcement, I would be the first to bring a rogue police officer to justice for shaming the badge and violating the sacred trust. I'm also sensitive to the racism issue. As a hispanic male, I've personally experienced the pain of race-infused derision. Yet I've walked the walk; I've worn the badge. And I can tell you, the media is focussing on a small sample of what happens day-in-and-day-out on the streets. Where is the coverage of the thousands of calls police officers respond to each day and handle in a positive way? I read online that the United States receives an estimated 240 million 9-1-1 calls per year—240 million! Granted, some of these calls are medical and accident-related emergencies. However, many of these calls are criminal-related incidents. The sheer volume of calls should put us on notice that there's something amiss in our world.

Undoubtedly, our nation has problems. And yes, we are still dealing with racial insensitivities. But the problem is not law enforcement. Several months ago, my family was walking through a department store when we passed the children's toy section. We walked through the baby doll aisle when one of my daughters ran right to a doll she saw on the shelf. Getting our attention, she expressed how much she would love to have that doll. I was struck with the fact that the doll was of a black girl. I’m hispanic and my wife is white. My kids have inherited a varying degree of color tones from light to brown. And I'll have to admit, most of their dolls also match this color palette. Not because of racism, but because they typically want to get a doll that looks like them. However, on this day, one of my daughters wanted a doll that looked completely different than her. My wife and I talked about this later and were amazed at how our kids don't see color. No matter the color, my children love them just the same and see them no differently that they see themselves.

I was reminded that racism is a learned trait. Our racial divide is, in part, based upon our biases honed through years of learning and experience. Many children are learning to hate and distrust each other based on skin tone. And you may not agree with me, but in my opinion, this is partially fueled by bad press and violence-embracing movements. But even that is not the real issue.

The real issue is that, as a nation, we are rejecting the moral compass of Scripture. It is the Bible that teaches we are all made in the image of God (Genesis 1:26), and that God gave His only begotten Son to die for the entire human race (John 3:16-17). Worth and worthlessness in Scripture is not determined by skin color but by obedience to God's commands. In the end, the saved will be made up of every kindred, nation, tongue and people. But the innumerable lost will also be from all walks of life.

The solution to the racial divide is the same solution needed to curb violence and criminality. As one of my favorite authors penned many years ago, "The world needs today what it needed 1,900 years ago—a revelation of Christ" (Ministry of Healing, p. 143). If we as a nation truly desire to stamp out violence, hate and racism, it won't be accomplished by continued attacks on law enforcement. It can only be accomplished through humbly submitting to the will of God and allowing the Bible to take its rightful position as the moral foundation of humanity.