Nero the Beast? | Voice of Prophecy 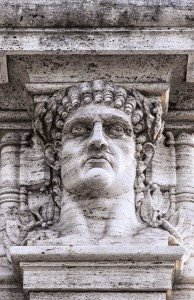 I was recently thumbing my way through a very popular lay Bible commentary–one that finds itself in millions of homes–when I arrived at the section dealing with Revelation 13. The beast that crawls up out of the sea, the author insisted, represents the atrocities perpetrated on the Christian community by the first-century Roman Empire. The antichrist is Nero, he said, or perhaps some other persecuting Roman Emperor.

While not as popular as it used to be, the idea that the beast power points to pagan Roman Emperors is still somewhat common, and has actually seen a recent resurgence in some corners of Christianity. The book of Revelation’s twin assertions that it describes “things which must shortly take place,” and “the time is near” (Rev. 1:1,3) appear to support the idea; it is evident that whatever Revelation is describing was to begin fulfillment in John’s day.  (They also flies in the face of the idea that the prophecies of Revelation deal primarily with the last seven years of earth’s history.)

There is a decided problem with this interpretation, commonly known as preterism, however.  You can’t hope to understand Revelation 13 if you rip it away from the context of (a) the rest of the book, (b) the context provided by Daniel and other Old Testament sources for Revelation, and (c) the context of chapters 12 and 14 in particular.

It’s important to remember that the original document didn’t include chapter and verse divisions; those were added centuries later by good Christians who wanted to simplify the study of scripture. It’s a development I’m thankful for (imagine trying to run a Bible school with no chapters and verses!!!), but it sometimes discourages reading in context.

Revelation 13, which describes the dragon’s attempt to assert his authority over the earth, is immediately followed by Revelation 14, which shows God’s side of the same struggle.  The warning of the third angel relates directly to the activities of the beast described in the previous chapter: “If anyone worships the beast and his image, and receives his mark on his forehead or on his hand, he himself shall also drink of the wine of the wrath of God. . . .” (Revelation 14:9,10)  In other words, Revelation 14 unfolds concurrently with the schemes of the beast described towards the end of chapter 13.

In other words, the chapters that most clearly define the issues in Revelation have nothing to say to believers who live after Nero died.  If Revelation is only dealing with the pagan Roman Empire, then it becomes a work of Christian propaganda designed to bolster the courage of first-century believers, holding out the hope of Christ’s return as the solution for persecution by the Roman Empire.  In other words, it held out false hope.  The western Empire crumbled more than 1500 years ago, quite apart from the return of Christ.

On the other hand, if you read the book of Revelation historically, the way most Christians have for the first 1800 years (or so) of the church’s existence, it makes much more sense. The fulfillment begins “shortly,” back in John’s day, and continues on through an unbroken chain of historical events until the return of Christ.