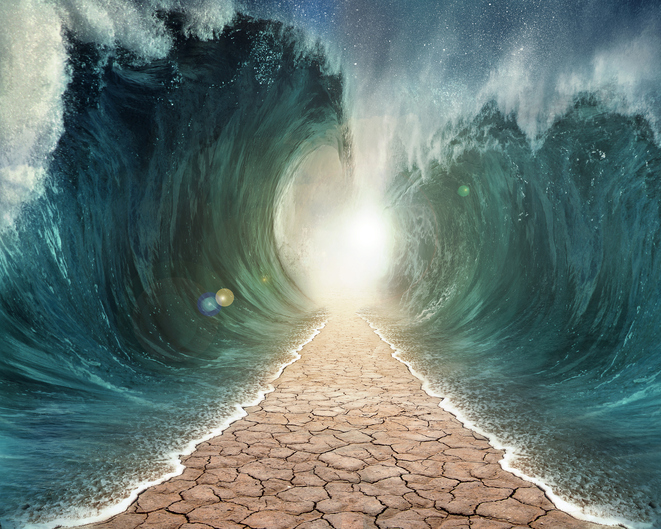 Moses was a great leader. A great man of God. But his was a long journey that began even before his pivotal encounter with God at a burning bush when he was 80 years old.

When I think of Moses the first image that comes to mind is magnificent. I see the great patriarch holding up his hands as the Red Sea is subdued into two quivering walls of water flanking a dry path to freedom. I can almost feel the fresh water-droplet laden air and hear the sound of furious hoofs on the ground in the distance.

Moses was a great leader. A great man of God. But his was a long journey that began even before his pivotal encounter with God at a burning bush when he was 80 years old.

That encounter changed his life—and the lives of generations to follow—forever. Moses answered God’s call from the bush with the words “Here I am” but whether out of apprehension or humility, he quickly added five excuses for not immediately doing as God asked.

Moses was content with his shepherd life in Midian. So content that perhaps most days he did not remember the sin that drove him to this wilderness (Exodus 2:12). When God called him to go back to the Egypt how could he forget? I imagine that in the intimacy of that encounter at the burning bush every sin felt fresh as it flushed through his mind.

God so often chooses the most unlikely candidates to fulfill His work and mission. Jonah, Gideon, Peter, you and me. He sees past the man or woman standing before Him and sees eternity. He sees our potential for good and how our broken vessels can fulfill His ultimate purpose for our own and/or someone else’s life.

God didn’t accept Moses’ first excuse, because it is the same excuse anyone could use.

Excuse 2: I don’t have all the answers

“Then Moses said to God, “Indeed, when I come to the children of Israel and say to them, ‘The God of your fathers has sent me to you,’ and they say to me, ‘What is His name?’ what shall I say to them?” -Exodus 3:13

As a boy Moses was raised in Pharaoh’s household. He had every advantage to learn and cultivate his intellect. He must have been a well read, well educated man, and yet he questioned his abilities. But, he missed the point. This call wasn’t about him—it was about God.

God was asking him to be His vessel. To be His voice to save the Israelites from the tyranny of Egyptian leadership. To fulfill His promise to Abraham, Isaac and Jacob.

This excuse didn’t fly. Moses didn’t need to know it all because it was never about him in the first place.

“Then Moses answered and said, “But suppose they will not believe me or listen to my voice; suppose they say, ‘The LORD has not appeared to you.’ ” -Exodus 4:1

This excuse is a natural human instinct. Being vulnerable is scary—especially to a potentially hostile group.

God didn’t let Moses hide behind this natural human fear. He gave him two miraculous tools to give him the confidence he needed.  A rod that could turn into a serpent, and the ability to turn his hand leprous, and then make it whole again, by simply placing it inside his cloak.

God did not dismiss this excuse. He equipped Moses to overcome it.

“Then Moses said to the LORD, “O my Lord, I am not eloquent, neither before nor since You have spoken to Your servant; but I am slow of speech and slow of tongue.” -Exodus 4:10

I’m going to call Moses’ bluff on this one. We have plenty of Biblical evidence of his great orations. Perhaps Moses was being exceedingly humble, or perhaps God truly used a flawed vessel.

I believe both are true. God doesn’t call the flawless to do His work. He takes the humble and works His flawless plan through our cracked and broken vessels.

This excuse was his best sales-pitch for the job!

Moses’ final excuse is desperate. “Please, anyone but me!”

God responds to this excuse in righteous anger. The excuses stop and God calls Aaron to serve alongside his brother. A man with the abilities Moses felt he lacked.

When the aged shepherd finishes rehearsing his excuses, he shows amazing single-mindedness. Slow to accept the call and the appointed work, once he does Moses holds fast to it faithfully until his death.

The Moses of Exodus chapters 3 and 4 is the same man that shows remarkable courage, obedience, and strength of character a few chapters later. He fulfills his mission faithfully and lives up to the magnificent image I first see of him.

God works with each of us where we are and takes us to where He wants us to be. We just need to be willing to leave behind the excuses.