Does the Bible Teach Karma? | Voice of Prophecy 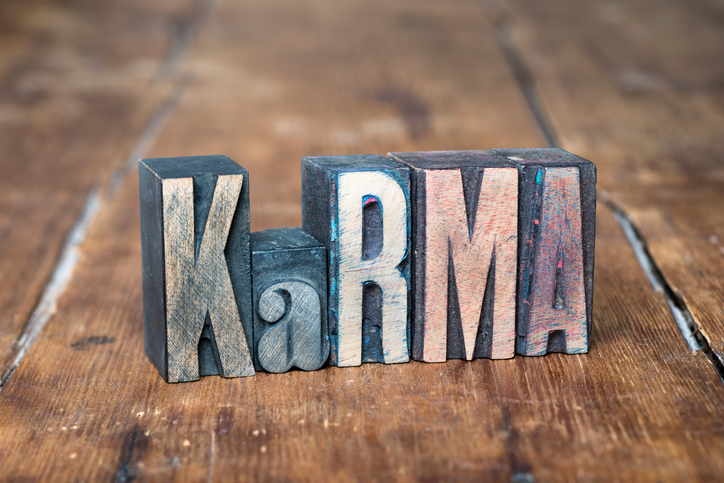 Does the Bible Teach Karma?

Christians don't believe in karma. Karma is notoriously hard to define, because it is taught in a number of eastern and religious traditions, each of which puts its own spin on the concept.

But karma is impersonal—a cosmic principle without a personal face. It's like gravity; it works because it's a law of the cosmos.

There are karma-like concepts in the Bible, to be sure. Jesus once said, "A good man out of the good treasure of his heart brings forth good things, and an evil man out of the evil treasure brings forth evil things." (Matthew 12:35). Good intentions and pure thoughts lead to good actions—and vice-versa.

It's karma-like, but it's not karma.

The Christian concept of cause and effect is personal. It comes with a righteous Judge who delivers our rewards once the human race's experiment with sin and rebellion has been carried to its logical conclusion. And regardless of any good deeds you may have performed, even a single sin condemns you. When you stand in the presence of a holy and just God, you cannot balance your bad deeds with the good. There is no price you can personally pay to balance the scales.

The book of Obadiah describes the gloating of the Edomites after Jerusalem had been attacked by her enemies.  (It was a case of sibling rivalry; the Edomites were descendants of Esau.) Not only did they gloat, but it seems they even joined the looters and stopped fleeing Israelites. (Obadiah 12-14)

It didn't go unnoticed. "As you have done," God tells them, "it shall be done to you; your reprisal shall return upon your own head." (v. 15)

Isn't that karma? No. Their reward takes place in the context of divine judgment, as "the day of the Lord upon the nations is near." Because of their wickedness, Edom will join the fate of all sinners—and those who escape will not be spared because of their own good deeds. "But on Mount Zion there shall be deliverance," the prophet explains. (v. 17) That was the location of the Temple, where the plan of salvation was prefigured in rites and rituals.

The only salvation available, in other words, comes through Christ, who took the consequences of our sin on Himself. That is radically different from karma. In fact, it turns karma on its head. The 19th century writer E. G. White describes it like this: "Christ was treated as we deserve, that we might be treated as He deserves. He was condemned for our sins, in which He had no share, that we might be justified by His righteousness, in which we had no share. He suffered the death which was ours, that we might receive the life which was His. 'With His stripes we are healed.'" (The Desire of Ages, p. 25)