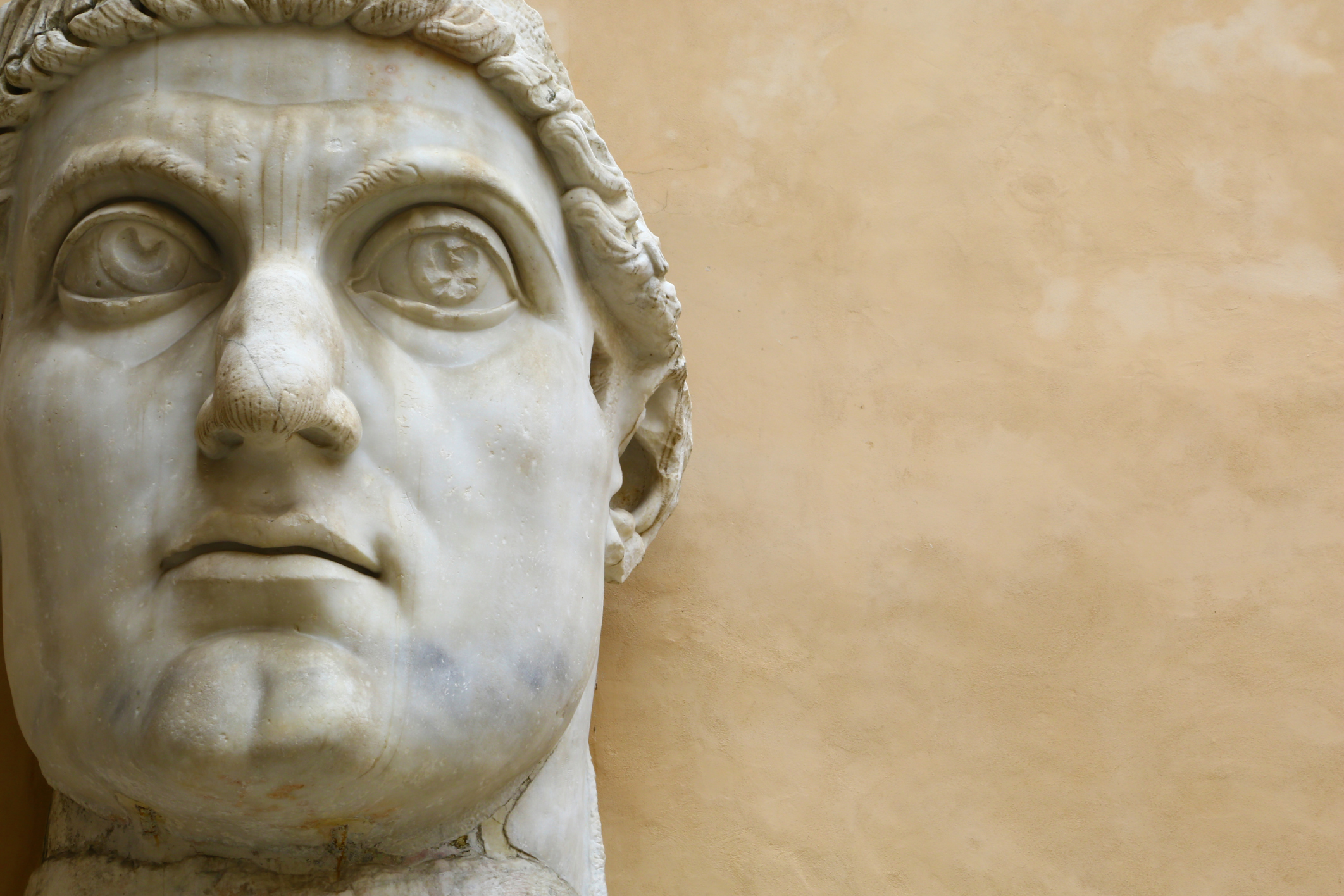 Are you wearing anything purple today? Are you dressed all in purple, from your socks to your baseball cap? You probably answered no, but if you were and we were living in the ancient Roman Empire, your bad wardrobe choice would be punishable by death.

In ancient Rome, the color purple was derived from Murex seashells and was, therefore, the most expensive dye available. This inky coloring was reserved for the cloth that would be stitched into clothes for the emperor and senators. And senators had limited access. They were allowed to wear some purple clothing, but if anyone dressed completely in purple, it was considered treason. Treason was punishable by death.

I didn’t know this interesting tidbit until a few days ago when I took the quiz on our Shadow Empire website. The quiz tests the user’s knowledge of Roman history. Try it yourself: www.shadowempire.com/quiz

You may be wondering, why is Roman history important in this day and age? I’m a history major and a bit of a buff, so that question is immediately irrelevant to me (all history is always important in my mind). But even for those of you who couldn’t stay awake in history class, learning more about ancient Roman history can be fascinating. It is more than fascinating—it is highly relevant—if you think, like the majority of those surveyed recently by the Barna Group, that religious liberty is worse off today that it was 10 years ago.

One man from the pages of Roman history rises above the rest on this issue of religious liberty: the Emperor Constantine. Constantine’s astonishing rise from illegitimate son of an army commander to emperor of Rome is the stuff of legends. But he changed the course of history forever when he united Christianity with Roman power. You may be surprised to realize that the actions of this one man who lived so very long ago altered the way you think, the way you live, and the way you even believe.

Constantine established a Shadow Empire. Intrigued? I hope so! There is so much more that I want to share with you about this man than I could tell you here in a blog. I invite you to find a location near you and participate in the four-part experience that begins in many locations as soon as April 28. Check out the website www.shadowempire.com. You can take the fun quiz and find a location near you.  Go ahead, I already gave you one of the answers, but don’t worry, I won’t tell.