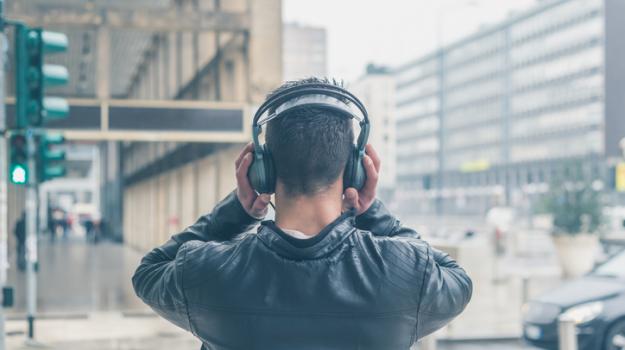 When I was a small boy, my parents bought me a small red transistor radio. Even though it meant a violation of bedtime, I would often sneak the radio under the covers and listen to it through the small white braided-cord earpiece that plugged into the back.

During the long winter nights, I was able to pull in an astonishing array of radio stations from all over the place, even though we lived a considerable distance away. (And in Canada, "considerable" distances are formidable.)

It's a fascination that has followed me for more than 40 years. Today, I have a smartphone, which means I can I listen to radio stations from all over the planet as I walk the five miles to work in the morning. One of my favorites is a classical music station from the Netherlands, which proves to be the perfect catalyst for helping me think through what I'll be dealing with during the day ahead.

A few days ago, I listened to someone playing Bach on the piano. It was breathtaking. I found myself wanting to sit down on the side of the road and just listen for a few minutes so that I could listen more carefully . . . and I also found myself thinking about the fact that Bach didn't write the piece for piano. In fact, he wrote almost nothing for the piano, because the piano didn't come into its own until the next century. Bach wrote for clavichord (an instrument so quiet and timid that it can't be heard in a concert hall) and harpsichord (an instrument that plucks the strings rather than striking them with a hammer, which severely limits the dynamic range available to the performer).

Playing Bach on a piano, in other words, is inauthentic. Unlike some purists, that doesn't bother me in the slightest: the piano is far and away my favorite keyboard instrument. Its full name is the pianoforte, which literally means "soft-loud," because—unlike the harpsichord—it allows the performer almost limitless control over the volume of each note. In my humble opinion, Bach sounds better on a piano.

Fast forward to your first day—your first year—in heaven. God has given you a single brief moment on this planet in which to compose something beautiful to His glory. Your life is a remarkable instrument, capable of producing melodies that prove His existence. But your capacity has been severely limited by the rebellion we staged against the Creator. Our world is tainted by sin. As attractive as a human life might become, it is still just a harpsichord. You can pluck the strings, and produce a remarkably pleasing effect, but the dynamic range has been crippled.

When you finally stand in glory, completely restored to what God originally intended, when the barriers imposed by sin have been lifted, your character will suddenly become a magnificent instrument you have never heard. The melody God composed with your broken, limited life will be played on a new instrument with a far broader dynamic range, and it will be stunning. In fact, angels may just stop what they're doing to just listen for a moment before they go back to what they were doing.