To the Back of the Line! | Voice of Prophecy 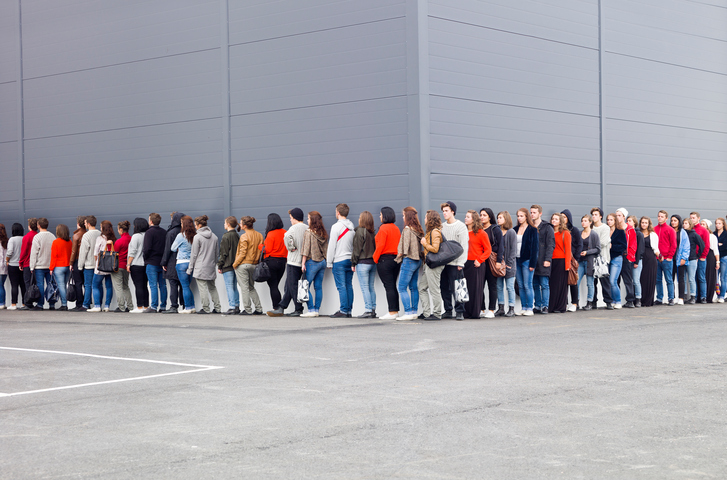 To the Back of the Line!

Things were going well for us. Shawn and I had just stepped out of our second airplane on a four-flight journey through Amsterdam. "An hour and half layover," we said. "That's plenty of time to look around and enjoy the airport." The pilot had just shared that if we had our ticket, there was nothing else we were required to do. We could simply make our way to the nearby gate and catch the next leg. With that in mind, we began our exploration.

The airport in Amsterdam is fairly large. Shawn had flown through it in the past, but it was new to me. As we made our way past the gates, we came to an extremely long line. Two things caught my attention. First, it was really long. Second, it was not a single-file line. It was something like what you would see at the entrance of an amusement park right before the doors opened—just a mass of people stretching back as far as you could see. As we made our way past this line, we wondered what was going on. Looking toward the front of it, we noticed it was a security checkpoint. "Poor passengers," we said. "Folks are going to miss their flight!"

We spent the next 45 minutes walking the airport corridors and checking out the shops. I have to admit, I enjoyed it thoroughly—it was just nice to stretch our legs. As we made our way back to the gates, we noticed that the "mob" line was now twice as long. "Crazy!" we thought. As we neared the walkway to the gates, we noticed that our gate number was not on the sign. "I wonder where our gate is? Maybe it’s back toward the shops," we thought. We rounded the corner closer to the shops and were once again met by the massive line of people. It was then that we felt this sickening feeling in our stomachs. As we neared the front portion of the line, our fears were confirmed. Our gate was beyond this checkpoint!

"What do we do now?" we asked ourselves. This line was at least 2-3 hours long and our flight left in 30 minutes! In desperation, we sought the counsel of an airport employee at one of the nearby gates. We were relieved to hear that at the front of the line, there was a short line that our tickets would give us access to. We quickly returned to the mass of people. Looking around, we saw nothing resembling what was described. "Maybe it's on the other side," we said with hope.

What followed was a lot of, "Excuse me! Pardon me!" We bumped our way through the line to the other side, still seeing nothing resembling a short line. Right about then, a security agent announced that all 9:30 departure flights could follow her to a short line. Shawn and I looked at our tickets—9:45. "This must be the short line," we said.

"But our plane leaves in a few minutes and we were told to come to this line."

"Who told you that?" she muttered.

"Sorry, I'm only calling 9:30 departures—you'll need to get back in line."

"Back in line," we thought. For us, that meant the back of the line which now we could not see the end of because it was that far back.

We stepped back a little and discussed what to do. If we went to the back, we would miss our plane for sure. Our only choice was to hug the wall near this "special" line and wait for the lady to adjust the time. Eventually, she would need to call 9:45 departures, and at that time, we could step into the fast lane. At this point, I recall saying a little prayer, "Lord, please help us not to miss our plane." 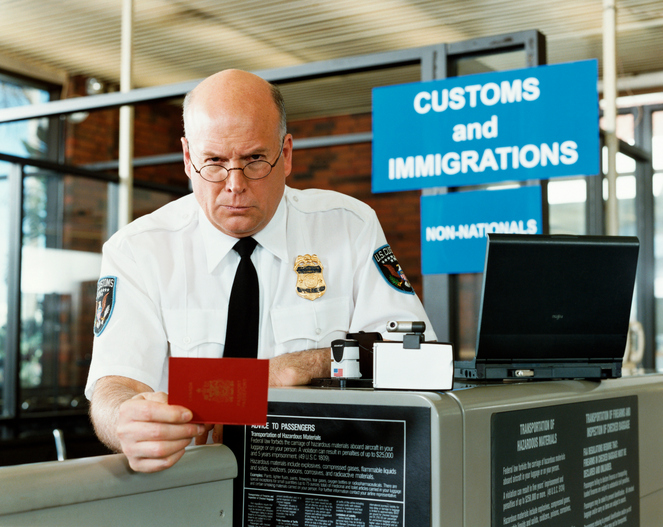 Then something strange happened. This was not at all planned. In fact, we still feel terrible about it—confession is good for the soul, right? As we waited against the wall, somehow, with everyone pressed together and no real structure to the line, we found ourselves being pressed forward as the line moved. One step, then another, followed by another. And then the unthinkable—Shawn and I found ourselves in the line near the front. In fact, we were getting ready to enter the zigzag line that would, in a few minutes, place us at the security counter.

"What just happened?" we said.

"Surely she will call the 9:45 departures and we can take our place in the appropriate line."

But that was not to be. The line continued moving slowly and we moved with it. We were now halfway through the zigzag barriers when it finally dawned on us: we just cut in front of a thousand people (don't try that in America). Fifteen minutes later, we were on the other side heading to our gate. We arrived just in time to start boarding and in a few seconds were comfortably seated.

OK, so do we thank the Lord for not missing our plane? Wouldn't that be like thanking the Lord that we just cheated? I have to admit, we were extremely grateful that we were seated in the plane. We had two more legs left on our journey and to have to extend the time on this trip even more because of a missed flight was not a happy thought. Yet, we did feel bad that we cut in front of all those folks—some of whom, without a doubt, missed their flights.

I've had some time to ponder our dilemma. We've learned some lessons from this. For sure, we will give ourselves more time and not waste time on the next one. But spiritually speaking, I'm reminded of the 10 virgins and the wedding feast. We, like them, slumbered when we should have been watching. If you recall the story recorded in Matthew 25, when the announcement came that the bridegroom was coming, five found themselves completely unprepared. For them, it was too late. They endeavored to gain entrance after the five wise virgins had entered the feast with the groom, but to no avail. The doors were locked. They had "missed their flight." It strikes me that there was no cutting in line. There were no shorter lines that would gain them eventual entrance. They were either ready or they weren't.

I thank the Lord that Shawn and I were able to get to our plane and that the gracious travelers in Amsterdam that day permitted us to jump in front of them. But I think of the future line to the celestial city. Like Christian in Pilgrim's Progress, without the right documentation, there's no entrance. Either our names are in the book of life or they're not.

Don’t waste another day. Don't buy into the lie that there's a way to cut in line—another route into the kingdom. Give your life to Jesus today and walk proudly into His kingdom.