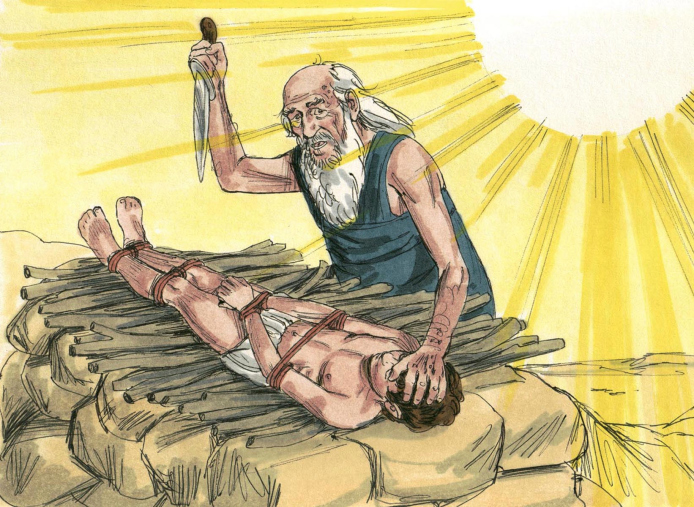 I received a call this week regarding Abraham and Isaac’s mountain experience where the Lord asked Abraham to sacrifice his only son. The caller wished to learn more about this gruesome command. Why would God demand such a thing?

The concern is valid. I’ve wrestled with the same question in the past. I’m relieved that God stopped Abraham from committing such a heinous act. However, this does not change the fact that He requested it. It also does not change the fact that Abraham obeyed. What kind of God would ask for a human sacrifice? And what kind of man would willingly lay his son on an altar and raise the knife fully intending to come down with it?

While I don’t have the time to address this in detail in this post, I thought I’d share a few thoughts regarding God’s request. First, may I suggest that we need not draw our theological conclusions from a single statement or story in Scripture. God gave us the whole of Scripture so that we can see the big picture. Second Timothy 3:16 reads, “All Scripture is given by inspiration of God, and is profitable for doctrine, for reproof, for correction, for instruction in righteousness.” Notice the “all” at the beginning. The first lesson in sound biblical interpretation is to read "all" of Scripture.

Doing so will reveal that over and over again, the Lord condemns human sacrifice. In fact, there isn’t a place in the Bible where we find that God condones the practice of sacrificing humans. The Old Testament sacrificial system was built around animal sacrifice, never humans. If we were to compare the biblical events where God speaks against human sacrifice (a ritual that is attributed to pagan worship practices) and the one lone story where God seems to require the same, we would find a significant imbalance. That imbalance should lead us to realize that what we are reading in the Abraham account, is likely not as it seems. On the surface, it appears that God is demanding the unthinkable. However, based on the evidence of God’s behavior throughout the corpus of Scripture, we know that the Abraham/Isaac scenario is out of character for God.

Not only is it out of character, but God cannot sin. Seeing that to sacrifice a human life is a wretched, sinful act, we can be assured that things are not as they appear. Further, for the same reason, we can also rest assured that God would not have allowed Abraham to go through with it. Based on what we know about God, it comes as no surprise that the Lord stopped Abraham from bringing the knife down upon his son.

But if that is all true, why go through all the trouble of requesting something that He does not allow, condone or bless? It’s important to keep the great controversy battle between good and evil in mind. We often get tunnel vision and only think about this world. But sin is a greater problem than what we simply see here. Scripture reveals that sin began in the most holy place of the heavenly sanctuary. (Ezekiel 28, Isaiah 14) Revelation 12 alludes to one-third of the angels siding with Satan and being cast out of heaven. With these kinds of numbers, we can be sure that there must have been a great deception. It would only make good sense to believe that the remaining angels were not unaffected. While they sided with God, did doubt remain in their minds? This seems to be the case for in the book of Daniel, we find the angels sitting down with the Lord with the books opened for their perusal. They are investigating the mystery of sin and those who have sided with the Lord. Apparently, they to are trying to understand sin and salvation.  Needless to say, heaven and earth have been shaken by sin. Thus, the plan of salvation is not just for the human race, but also to expose the deceiver before the entire universe and to rid the universe of sin. The fall of the human race was simply an added problem to the already difficult heavenly rebellion. God, in His infinite wisdom, saw the extent of the problem and predestined a plan to save humans and put the minds of heavenly beings at rest. First Corinthians 4:9 tells us that we are spectacles to both men and angels. God, knowing this, chose to explain the plan of salvation by using His servant Abraham. 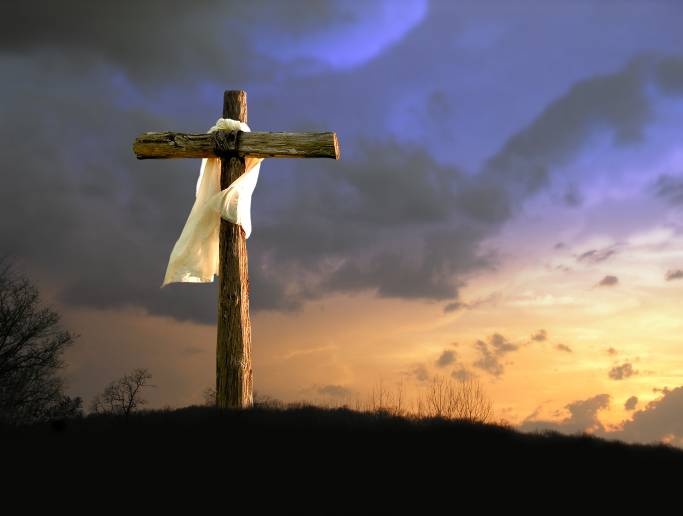 I can imagine that the angelic beings, knowing God’s character even better than we do, were appalled and perplexed when they saw Abraham atop the mountain and witnessed him raise the knife to kill his son. Moments later, they saw the Lord restrain Abraham and immediately, their attention was brought to the ram. I don’t know how long it took for them to put two and two together, but probably not long. Likely, instantly, they understood better what Jesus would do for the human race.

Now, years later, we look at the story and can understand the same thing that the angels learned years back. We wrestle with the gruesome request, but it’s the only way for God to shock our imaginations enough to understand the infinite price that was paid on our behalf. First John 4:10 reads, “In this is love, not that we loved God, but that He loved us and sent His Son to be the propitiation for our sins.” In other words, God sent His Son to be our substitute. He died the death we should have died. In doing so, the Godhead provided a way for humanity to be restored to its original state in Genesis 1 and 2—through the blood and righteousness of Christ.

The Abraham story is just one story of many, from the fall in Genesis 3 to the restoration of the earth in Revelation 21 and 22, where God attempts to explain the plan of redemption. Over and over again, through symbols, types, parables and real-life stories, the Lord builds upon the basics of salvation as implied in Genesis 3. Without the repetition and the radically extreme examples, we would face an impossible task of understanding. Praise the Lord that He has provided us with exactly what we need to better grasp His selfless plan and to draw us to Himself.