The Abomination of Desolation | Voice of Prophecy 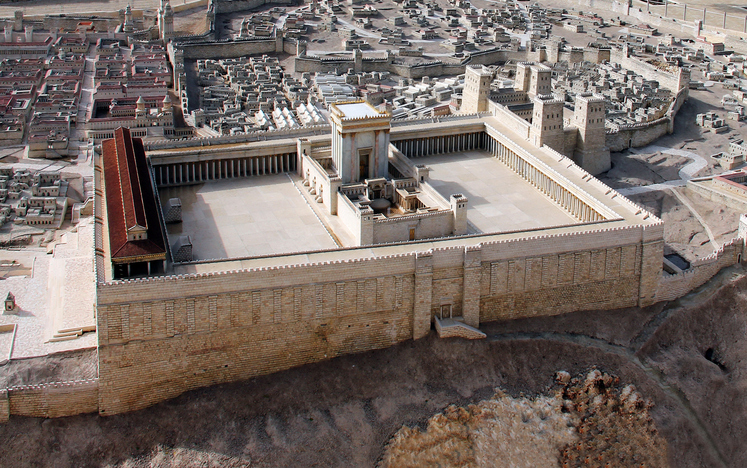 The Abomination of Desolation

In the ancient world, the captivity of the sanctuary furniture and vessels was a potent symbol: the Babylonian gods were being touted as far more powerful than the God of Abraham. How else could you explain that God's temple vessels were now subject to Babylonian deities? That was the ultimate humiliation: your God had, symbolically, become a servant of their gods.

In reality, it's a story that emphasizes how much different the God of Abraham truly was from the deities of pagan nations. There was no special power in the vessels, and the temple in Jerusalem was only as meaningful as the relationship between the children of Israel and God Himself. Without a relationship, the vessels meant nothing. From the moment Israel crossed into the wilderness and demanded an Egyptian deity during Moses' absence on the mount, and from the moment she demanded a king "like all the nations," the personal relationship with God had been deteriorating.

Much is said about the "abomination of desolation" by today's Christians, and with the book of Revelation open in one hand, and an eye to the news cycle on the other, believers look for an outsider to fill the role of antichrist—failing to recognize that internal apostasy has always been the cause of desolation among God's people. When the sons of Eli foolishly took the ark into battle against the Philistines, the ark was captured, leaving the tabernacle desolate. When the kings of Israel behaved wickedly and performed "abominations" (see 2 Chronicles 36:5-8, for example), Nebuchadnezzar was permitted to sack the temple in Jerusalem.

Last-day events will follow the past in their march toward the final crisis. It's the reason that the book of Revelation is carefully and deliberately composed with the language and symbols of the past  In the last days, when the world wonders after a resurrected beast, it will not be only the wickedness of other belief systems that made it possible; it will happen because the hearts of God's people have been desolate for a long time.

It is one thing to notice the abominations of the world. It is quite another to do a personal inventory as Paul suggests: "Examine yourselves as to whether you are in the faith." (2 Corinthians 13:5) It's an exercise that will go much further toward building an unassailable kingdom of God on earth than seeking legislation in the halls of secular power to restrain the behavior of the world around you.